skip to main | skip to sidebar

At the beginning of the 70’s an unusual number of cases of juvenile rheumatoid arthritis were reported from the region around Old Lyme, Conneticticut. From this town was derived the English name of the disease. Many of those affected said that they had noticed a skin outbreak before the joint pains set in, and a portion of these recalled tick bites in the past – in the very place where the skin lesions later made their appearance..

For the prevention of Lyme disease following a tick bite we recommend the following provisions:

1. The tick should be immediately removed in its entirety. As an aid to hikers and dog-lovers there are tick-pliers readily available at the drug store or at the veterinarian's. These serve the purpose better than tweezers or one's fingernails, which can tear the head off and as a consequence do nothing to prevent the infection.

2. On the day of the bite and for two subsequent days the recommendation is to take one or two doses of just one globule of Ledum palustre C30. This can be obtained in the first-aid section of any good homeopathic pharmacy.

3. Just to be sure, we give just one globule of the Aurum arsenicosum C200 on the sixth and twelfth day following the bite.

A number of colleagues have told me that in past seven years they have cared for more than a dozen tick bite victims using this or a very similar method, and that no case has proceeded to a clinical manifestation of Lyme disease. Nor did it show up when a serum test was made.

The treatment of patients with Lyme disease is generally no different from the homeopathic treatment of other chronic conditions. As always in homeopathy, the law of similars is fundamental.

Excerpted from the book: "The homeopathic treatment of Lyme disease" by Peter Alex.

EMMANUEL KANT - ENLIGHTENMENT
As an answer to the question "What is enlightenment?" Kant reasoned: Enlightenment is man's emergence from his self-imposed immaturity. Immaturity is the inability to use one's understanding without guidance from another. This immaturity is self-imposed when its cause lies not in lack of understanding, but in lack of resolve and courage to use it without guidance from another. Sapere Aude! "Have courage to use your own understanding!" - that is the motto of enlightenment.
SAMUEL HAHNEMANN - MEDICINE
Hahnemann is the founder of Homeopathy. For healing he administered homeopathic remedies to fix the ills of mankind. This was his primary mission; fixing the ills that prevented the body, mind and spirit connection from proper growth. His work focused on strengthening the vital force of his patients to create freedom within them. This would lead them back on the way to their truth - which is why his credo became 'Aude Sapere'.
I will in this blog present you for different thoughts and views around the subject of homeopathy - some are mine, some are those of others. I will do my best to honor the work of Kant and Hahnemann in my quest to create a source that can guide the conscious individual - through information about homeopathy and related health topics - to a discovery of truth and freedom for their body, mind and soul.
I do not intend to force my view upon you, quite the opposite. I wish for you to have the courage to use your own reason..

"It is not because things are difficult that we do not dare, it is because we do not dare that things are difficult." Seneca (Roman philosopher)
"Every truth passes through three stages before it is recognized. In the first it is ridiculed, in the second it is opposed, in the third it is regarded as self-evident." Arthur Schopenhauer
"If you wish to find the secrets of the universe, think of energy, frequency and vibration." Nikola Tesla
"There is something terribly morbid in the modern sympathy with pain. One should sympathize with the color, the beauty, the joy of life. The less said about life's sores the better" Oscar Wilde
"Concerning matter, we have been all wrong. What we have called matter is energy, whose vibration has been so lowered as to be perceptible to the senses. There is no matter." Albert Einstein.
"Vitality and beauty are gifts of Nature for those who live according to its laws." Leonardo Da Vinci
"Our greatest happiness does not depend on the condition of life in which chance has placed us, but is always the result of a good conscience, good health, occupation, and freedom in all just pursuits." Thomas Jefferson

In a society with today’s modern lifestyle, we are more or less forced to adapt to stress and external influences. This may in the long run lead to decreased levels of health. Many will seek help from traditional medicine through ingesting synthetic medicines foreign to the human body.

Medical help is necessary in serious cases of ill health. But in order to limit the body’s exposure to damaging and unnecessary side effects, we should become more aware of using natural remedies when treating ailments.

Homeopathy is a natural form of medicine which has become increasingly more popular over the recent years. Homeopathy is impressingly the second most used health system on a world wide basis. In Europe alone there are more than 30 million people using homeopathy. Homeopathy is a gentle form of treatment which is safe to use for all age groups . homeopaths treat holistically, with a focus on treating the individual rather than the disease. This ensures long lasting health benefits on both a physical and mental level alongside a sense of increased energy and well being.

Homeopathy is based upon the principle that like treats like. This principle describes that when a certain substance is able to produce certain symptoms in healthy individuals, then it follows that it also will cure the same symptoms when ill. This idea became known amongst the ancient Greek, but it was not until the beginning of the 19th. Century that it became a part of a system made by the German doctor and pharmacist Samuel Hahnemann.

Homeopathic medicine alone is sold for about 1 billion Euro yearly, 70% of this sale takes place in Europe, where an increase between 15-20% has been reported. Half of the French doctors prescribe homeopathy regularly, and 7 out of 10 French doctors state that homeopathy is effective.

YOU FIND ME HERE 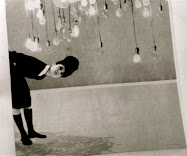